Fashion is the oxygen without which I cannot imagine my life

Mohamad was awarded The Human Safety Net Newcomer Award at the first Sustainable Impact Awards after launching a high-end fashion boutique in Munich (Germany), then starting a crowdfunding campaign to support Syrian artists in Jordanian refugee camps unable to support themselves because of Covid-19.

When war broke out in my native Syria and bombs rained down every day on the district where I lived with my wife and two young daughters, we decided to flee for safety to Germany. But I had to leave behind the high-end fashion boutique I had built up in Damascus, which had been selling women’s haute couture all over the Arab world.

I started afresh in Munich in 2015, passing the exams at the German Master School for Fashion in Munich and, with the support of The Human Safety Net For Refugee Start-Up programme, I launched a new boutique, eliev, in 2018.

Eliev’s fashion styles are inspired by the European ideals and also reflect my own story, with Arab and European influences blended in a unique way, telling of a life full of new beginnings.

However, just after I launched eliev, the Covid-19 global pandemic struck, which hit artisans and small shops particularly hard. So I started up a crowdfunding campaign to support Syrian artists based in Jordanian refugee camps who are trapped and unable to support themselves. My goal is to employ fellow refugees, creating handmade embroidery and other handicrafts for use in my fashion designs. Further on, I also want to develop training courses for people to learn these skills.

In September 2021, I was awarded The Human Safety Net Newcomer Award at the first ever Sustainable Impact Awards. This is such an honour, as well as a great recognition for me. It helps me believe firmly in myself to continue what I’m doing.

Fashion is the oxygen without which I cannot imagine my life. It is not just about money and profit. My wish for the future is to fulfil my dreams – both for eliev, but also to work with the NGOs already on the ground in the camps, employing other refugees in a fair way around the world.

At the Sustainable Impact Awards ceremony, I also very touched when the poetry artist Dominique Macri summed up my story in verse. 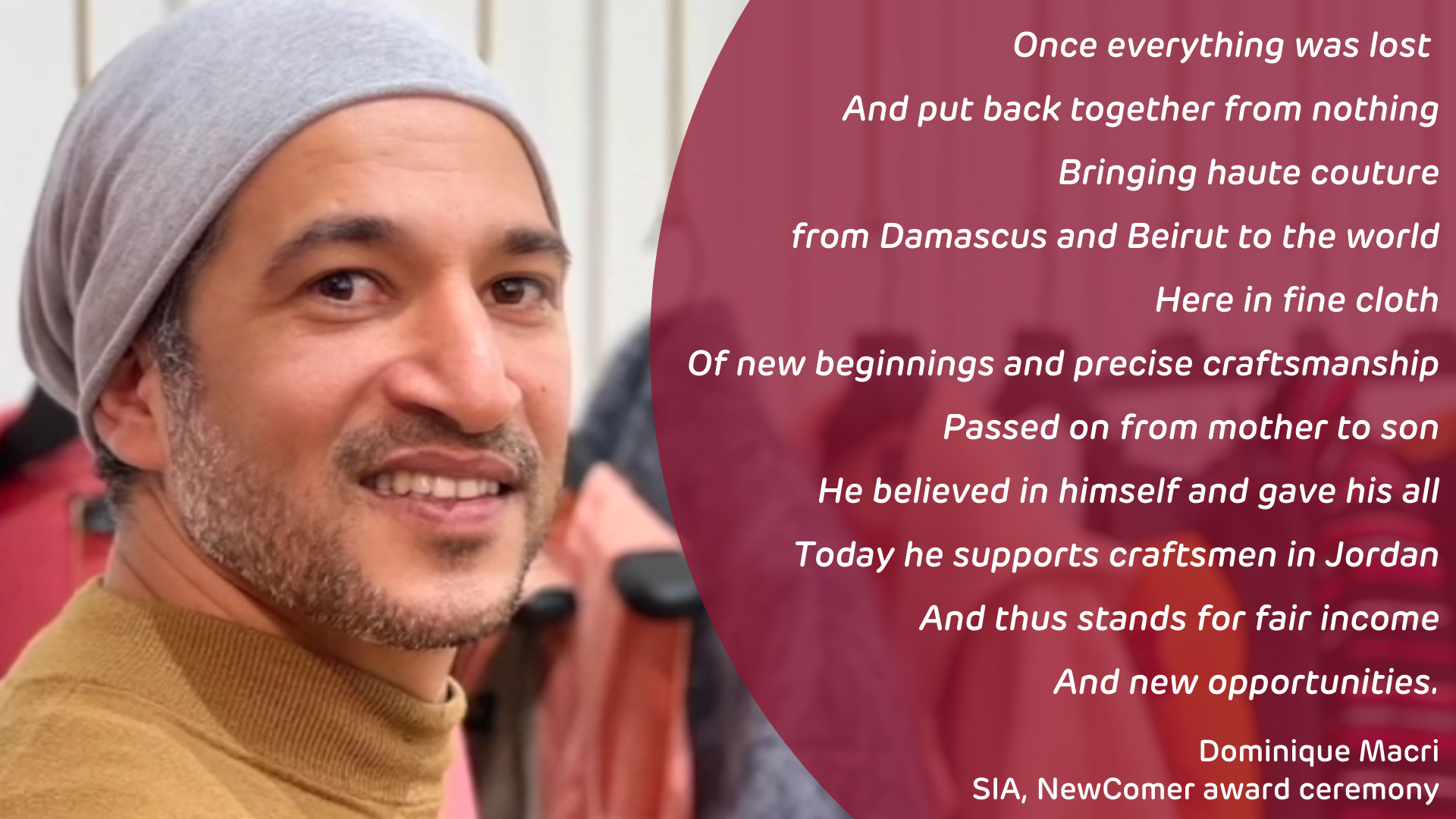