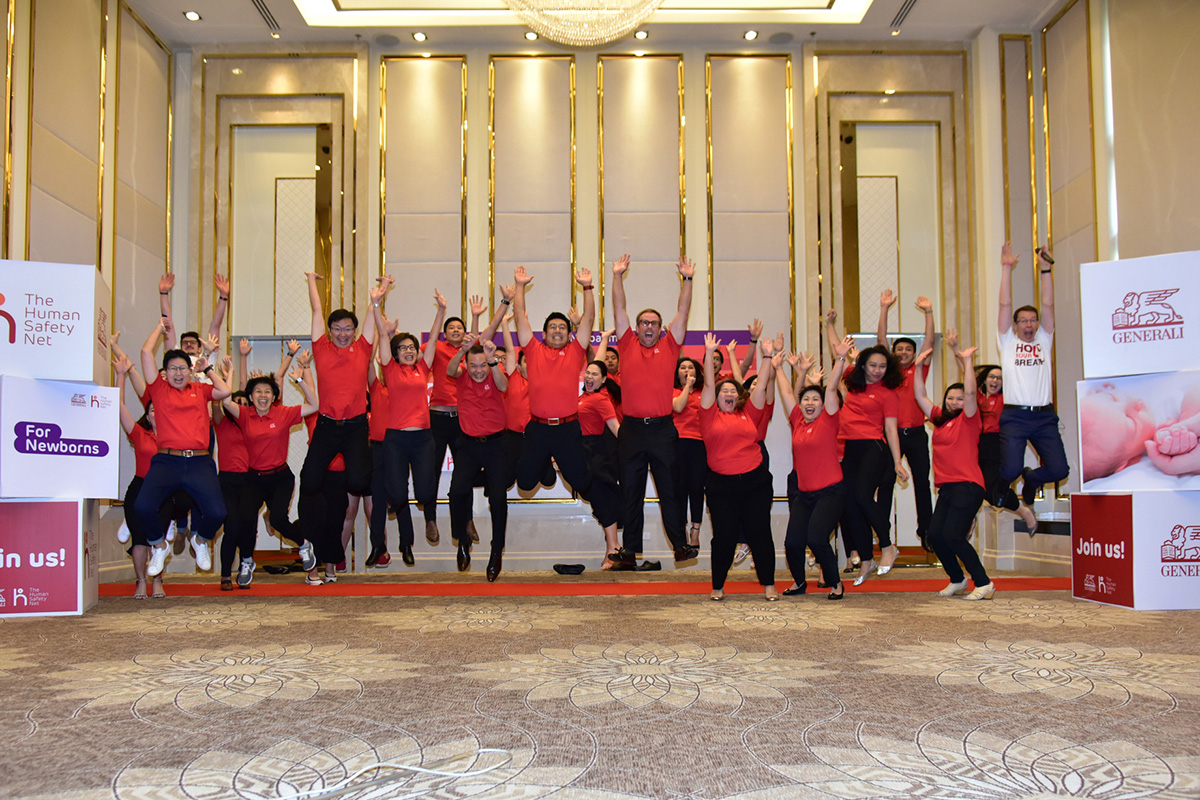 Across Thailand, an average 5% of all newborn babies suffer from asphyxia each year. Today the nation lacks an appropriate amount of equipment and treatment machines to handle the number of cases doctors are called upon to deal with.

That’s why Generali Thailand decided to get involved, launching a social media campaign “Hold Your Breath Thailand” in order to increase awareness about this difficult ailment and raise funds for the Children’s Hospital Foundation as part of its efforts through The Human Safety Net.

Working through The Human Safety Net means volunteering employee skills and time too, so Generali Thailand held a special kick-off meeting on 19-20 April 2018 to involve its employees about THSN and what they can do to help. Participants include Bundit Jiamanukoonkit, Thailand Country Manager and CEO (Life), Korakrit Khumruangrit, CEO (non-life), top management from various Generali Thailand departments including Brand Communication, HR, Legal, Marketing, Operations, IT, Sales as well as Yves Carbonnelle, Head of Engagement and Patrick Hoffman, Program Manager at THSN global team

Teams later moved on to the Children’s Hospital Foundation for “The Queen Sirikit National Institute of Child Health” to analyze further the state of newborn asphyxia in Thailand and visit the critical care unit, where participants learned firsthand about the toll this malady takes on young lives.

“We know that therapeutic hypothermia for babies is achieved by reducing the body temperature to prevent and decrease brain injuries,” said associate professor Sorasak Lochindarat, M.D. and President of the Thai Pediatric Respiratory and Critical Care Society, “but we have only one hypothermia cooling and monitoring machine at this hospital, and only twelve others nationwide.”

With this new, concerted effort from Generali Thailand and the Children’s Hospital Foundation through The Human Safety Net to raise awareness about this hopefully thousands of lives will be saved and thousands of bright new futures rescued.